The LSU-S Men’s Basketball Team was back in action Thursday night, squaring off against the Ecclesia College Royals.

The Royals have gotten off to a rough start this season only managing to win one game.

LSUS is coming off their first loss of the season against Mid American Christian, but looks to get back to their winning ways.

The Royals won the tip and came out of the gates red hot against the Pilots.

The Royals displayed a great shooting performance in the first half, shooting a staggering 48% from three point land.

The Pilots found themselves searching for answers on the defensive end.

LSUS was able to get some momentum going with some costly turnovers by the Royals right before halftime.

Both teams went into halftime with LSUS up 52 to 42

The Pilots wasted no time in the second half, dialing it up on the defensive end.

The Pilots also slashed the Royals on the offensive end, shooting 62% from the field.

Tra’Quan Knight led the offensive attack pouring in 29 points on 13 shots. The senior guard also shot 80% from the field and 50% from deep.

The team is currently 5-1 on the season and sits at 2nd place in the Red River Athletic Conference. And now you know... 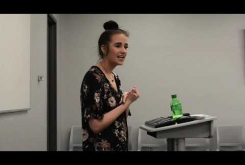 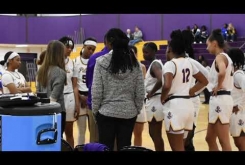